Storycraft #3: The Magic Of Scene Summaries

Saddle up, novelleers, ’cause today we’re gonna talk about how to make the whole ‘writing 70,000+ words of coherent narrative thang‘ feel a leeetle bit less like conquering Everest with nothing but a toothpick and a pac-a-mac. Enter the magical world of scene summaries with us and discover how to overcome the overwhelm and finish your goshdarn book…

What the heck are scene summaries and why do I need ’em?

Mmmwell, clue’s in the name, Einstein. A scene summary is a brief (or detailed, depending on what stage you’re at) description of a particular section of your story. Eg: Jane Eyre arrives back at Thornfield to see her sugardaddy only to find the whole building has burnt to the ground. She is understandably concerned about this and is all like “Whaaaaaat not my Rochi-pants!”

Now it’s up to you to determine what comprises a ‘scene’, but generally we go by the rule of thumb that scenes are divided whenever a transition occurs, signified by a change in time, place or character – a bit like changing a set on a theatre stage. Eg: The scene above is just one part of a chapter in which Jane ALSO turns down her creepy cousin who wants her to go and be a miserable missionary with him in India AND THEN gets on a coach does some naval gazing about how far she’s come in the past year AND THEN discovers the charred remains of Rochester’s mansion AND THEN engages in a little espionage at the local pub to find out what happened to her bae. Each part of this chapter can be broken down into individual scenes, which makes it a whole lot easier to digest when you’re a) planning, b) writing, and c) editing the fucker.

Scene summaries are a godsend at every stage of the writing process. They help you plan out your story, keep track of it as you slog through the first draft, and figure out what you need to cut, polish, or expand upon during subsequent drafts.

The prospect of splurging out an entire first draft is understandably overwhelming, but hey, you gotta start somewhere, and that means having a solid idea of what your story might look like when it’s done. Now, you don’t have to be too specific at this point – start with a general shape, a feeling, and a sense of where the main beats hit. We’re gonna take a leap of faith and assume you have some sort of plot outline to hand. Maybe you’ve even done Plotstormers… #JazzHandsMarketing

A really important point to note at this stage is that your plot outline should be a flexible thing. It’s gonna change. It’s gonna develop and morph and twist and end up totally different to what you expected. This is normal. Don’t fight it. Allow it to move and re-order itself and go a bit weird if necessary. If you rely to rigidly on your original outline you’re gonna get yourself stuck.

And here’s where scene summaries come in. By breaking down your overall plot into itty bitty scenes and sections, it’s much much easier to shift them about, chuck ’em away, and slip in extra scenes here and there, without feeling like you’re totally overhauling your outline.

Now, you might not be at a stage where you can do anything too detailed, but even a one-liner will give you something to work from. Some may already be pretty be clear-cut, eg:

While others are probably a bit… meh. A little elusive, shall we say? Such as:

– Protag and best mate have a cup of tea and talk about stuff that happened in the previous chapter.
– Characters travel from A to B but not much else happens.
– Protag feels sorry for themselves.
– Great big enormous deus ex machina arrives in the nick of time to solve all the plot issues.

Yeah… okay, so some of those are definitely meh, but it’s all good. Already we’re starting to identify the bits that need work, right? Not only will scene summaries help you hone down your outline into an efficient reference document, it’ll give you a good idea about where you need to put in a little extra research/thinking time before you even get started. Which brings us seamlessly to…

Here’s where the work really begins. Ermahgerd I actually have to write this thing? UGH. But wait. You have your outline. You have your scene summaries of awesomeness (no matter how sparse or detailed). You got this. ‘Cause here’s the magic part. YOU DON’T HAVE TO WRITE IT IN THE RIGHT ORDER. Yep, the laws of linear time and space don’t apply here. So long as you’ve got all your scenes lined up, just pick one that makes you feel excited and write it. Then write another one. And another, until you’ve patchworked your first draft right up.

I mean, of course you can start at the beginning and work your way through if you like. But the point is you don’t have to. If you get stuck on a particular scene, skip it and move onto the next. Or jump ahead to a scene you like the look of. You may well discover that those tricky, sticky scenes can eventually be dropped from your outline (which is why they were so hard to write in the first place). SUPER DOOPER CLEVER, RIGHT?

No matter how you approach it, make good use of your scene summaries, and update them and flesh ’em out as you go. Turn that one-sentence summary into a paragraph. Start adding in notes to yourself about how this scene connects to that scene, and how you need to backseed a clue into a previous scene based on what you’ve just written, and how you’ve just had a great idea for a later scene that will totally mirror an earlier scene in beautiful narrative harmony.

Remember that your plot outline (made up of your glorious scene summaries) is an amorphous, organic entity that should grow alongside your first draft until you have all the tools you need to begin the next stage…

Hindsight is a beautiful thing. Now that you have a finished draft (whether that’s a zero draft, a first draft, or a gazillionth draft), you can see exactly how well your story matches up with your plot outline. Or not. Either way, scene summaries are your best friend during the dreaded editing process.

So let’s start back at the beginning, shall we? Take your draft and chop it up into scenes, just like you did with your outline, except this time you have a much more detailed idea of how each scene should go. Remember, a scene does not = a chapter. Every time the location or situation changes, you switch scenes, eg:

Don’t worry too much about dividing lines here – you can split your draft up into as many or as few scenes as you like – but we guarantee you’ll find it easier to tackle the editing process when you’re dealing with lots of small sections instead of thousands of words at a time.

Make yourself a lil’ spreadsheet, crack open a brand new notebook, fire up Scrivener, start a fresh doc, write each scene on an index card or post-it – however you like to work. And as you go through your scenes, consider whether they contain the following two essential THINGS: 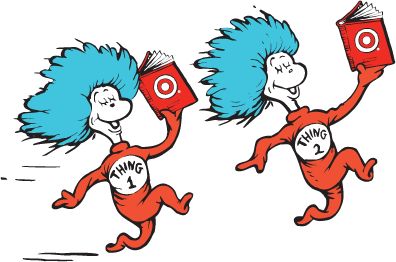 Now, you might not include all aspects of each THING in every single scene, but you should quickly begin to notice if any sections are lacking any fundamental elements to a) move the plot forward, and b) develop your characters.

And when you come across a scene that doesn’t DO ANY OF THE THINGS, then it’s a big honking clue that it either needs some serious work or a short, sharp collision with an axe… So start making note of sections that require some attention, eg:

It’s around this point that you may start to notice that your plot could do with a little re-ordering. THIS IS FINE. It’s not necessarily going to fit together perfectly at this point. And that’s fiiiiiiine. Because the beauty of having your story split up into smallish, manageable chunks means that you can switch things around and experiment without getting overwhelmed by trying to rehaul your entire manuscript.

And, once you’re done, you should have a brand new spanking editing plan to work from, with a clear idea of what works, what doesn’t, and where the hell you go from here.

Aaaaaand if you need a lil’ extra help along the way – OH LOOK IT JUST SO HAPPENS THIS IS TOTALLY WHAT WE DO FOR A LIVING – you should probably check out our anti-procrastination, gif-laden, sweary creative writing courses, such as:

How to nut out your outline without losing your mind

Extract your novel from your brain and put it onto paper

PLOTSTORMERS II: THE EDITING STRIKES BACK

Turn your shitty manuscript into a shiny thing of awesomeness

Or access ABSOLUTELY EVERYTHING for £20/m and become a Writers’ HQ member because, let’s face it, you need a kick up the arse to finish your novel and we are really good at kicking arse. It’s a match made in scene summary heaven.