I chose Sussex university for its reputation for student activism and internationalism. I was done with my twee girl’s school in Norfolk studying Chaucer, Jane Austen, Shakespeare and the perceived ‘greatness’ of the British Empire. School was, well, white. Very white. I was laughed at in a music class for not knowing what was on Last Night of The Proms. I argued with teachers over my perspective of A Passage to India and my thoughts on the Indian railways. The class where they tried to teach me about Hinduism was, well, an utter joke. In history, we studied the Tudors, and The Stuarts, before skipping lightly to the Nazis in Germany and Bolshevik Russia. The curriculum conveniently missed out the Bengal Famine, Partition, and the long history of slavery and colonialism the British Empire was built upon. In short, it was a white, white world, with a white reading of the past. White-story. His-story. None of it was my story.

And so, I headed to Brighton, where my first lecturer was from the Caribbean and another was from India. I discovered The Empire Writes Back – a textbook which looks at the powerful forces of language in ‘post-colonial’ writing and asks: ‘Where is the centre of the world?’ By placing white Britain at the centre and privileging that position as the default, everyone else is forced to hyphenate or position themselves around it, perpetuating the Empire, Darth Vader style. It was pivotal for me to discover this radical critique and to be encouraged to be critical of the ‘great’ British Empire. Even the phrase post-colonial seems dated now. What’s ‘post-colonial’ anyway? Why are we still making everything about the colonies? It’s a way to whitewash over what the colonies actually were. It’s a way for academic luvvies to feel better about Britain’s past. It’s a posh word to de-criminalise and normalise it while you slurp your ‘British’ tea…

Next, a love affair with the writing of American writer Toni Morrison. Maya Angelou, Jamaica Kincaid, Alice Walker and Zora Neale-Hurston too. I was absorbed in their struggle against slavery and racism in America. I identified with them, even from my privileged life as a doctor’s daughter, educated at a girl’s school, living in a nice house with a swimming pool. That’s my privileged position. It doesn’t mask the hurt of being called a Paki, or being told to ‘bugger off back to my own country’ though. Not sure where they want me to go? So, the American writers helped me process that, and identify with a struggle. Plus, I could talk about it with friends who were much happier to talk about the US civil rights movement than the British slave trade. (That would be a little too close to home.)

But there came a point when I needed to look for more. I was missing reading my story. Where were the stories of the Indian diaspora? My parents’ generation, responding to the call of the ‘colonial home’, arriving with £3 in their pockets when Britain needed doctors, nurses and workers. What they faced on arrival was no welcome. It was a cold, harsh reality of how Britain treats people who are not white. Trying to rent a room and seeing ‘no coloureds’ in the window. Being shouted at to ‘GO HOME’. Colonial home, the Mother Country? Er, no, not really.

Slowly, the stories did start appearing in popular culture, mostly through the next generation. Meera Syal’s novel Anita & Me reflected a life I recognised. Gurinder Chadha’s film Bend It Like Beckham felt familiar. My cousins and I started seeing people who looked like us reading the news. There was even a token Indian family in Eastenders! In 2014, Jhumpa Lahiri’s The Namesake felt like home; the story of a Bengali American family with a character with my name. She inspired me to start writing. As Toni Morrison said: “If you find a book you really want to read, but it hasn’t been written yet, then you must write it.” To read the story I want to read, I have to write it. (Yeah yeah, just don’t ask me how many words I’ve written!)

What we need, of course, is more. More writing from different perspectives; more reading what is written; more films, more TV showing the differences in British experiences and the real stories behind it all. Because it is only by illuminating all the stories and those differences, by reflecting and sharing that we can hope to see change.

You see, the Empire has always written back. In the words of Bengali writer Rabindranath Tagore:

You can’t cross the sea merely by standing and staring at the water.

This is uncomfortable for everyone. We all need to cross that water and experience the ripples, waves and storms along the way to reach understanding.

Wanna learn more about this stuff? Here’s a reading list:

There are loads of other books you can read to educate yourself about race and racism in Britain. I picked the ones which impacted me. If you’re not sure where to start, I recommend Why I’m No Longer Talking To White People About Race. And please bear in mind that Reni Eddo-Lodge asks that you borrow a copy, or pass your copy on to someone and make a donation to The Minnesota Freedom Fund or another charity to help. She does not want to profit every time a black person is killed.

I have donated my fee for writing this blog to The Stephen Lawrence Trust. Click here if you want to donate too. 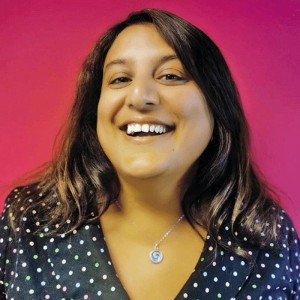 Mo is a business woman with experience in selling all kinds of technology from things on boats to things in radiotherapy machines, and lots of geeky software. She writes business blogs about women in business, diversity, inclusion and changing the world. She is writing a business book for people who want to shake things up and reinvent work. She is one of the Co-Creators of Watch This Sp_ce, a business consultancy to help businesses reimagine how they do things. She is also writing a fiction book, she does not wish to declare her word count. www.watchthisspace.uk Twitter @Mo_Kanjilal

This flash-flinging five-day writing challenge will give you the inspiration, prompts and tools to write five fantastic pieces of short fiction and hone your flashy skills.