I don’t know about you but I’ve been finding it hard to write recently.

I’ve been writing in one way or another for nearly 15 years (I really should be better at it by now, eh?). There’s always ups and downs, periods of stagnation followed by periods of flowing creativity, but this is different.

It’s like I can’t access any of the emotions I need to write anything meaningful. I’m not sure where those emotions are hiding but I suspect they’ve been locked away somewhere for safekeeping. After all, feeling things is hard. Just being human can be tough at the best of times, but when you’re in the end of times? That’s a whole ‘nother thing altogether.

And in case you hadn’t notice we are in the end of times. Not necessarily the end-for-all-eternity kind of ending, despite the recent penchant for threatening nuclear war. I like to think we’re a bit smarter than that. But right now no-one can look at the news and say we’re not in the midst of a pivotal phase in human history.

(In my more positive moments I daydream that we’re seeing toxic masculinity having one last desperate gasp for survival before finally drowning for good and we’ll emerge, victorious, a united world, looking back on our troubled times with academic curiosity while we float about in our hovercars ordering tea-earl-grey-hot from replicators. It’s great in that future.)

With everything that’s going in the world it’s easy to get lost in the ugh-what’s-the-point-ness of everything, or the rage or the fear or the confusion, all the things that make your little hobby of writing seem futile.

I like to think that if I was alive in 1930s Germany I would have been one of those kickass heroes with an amazing hairdo and perfect lipstick who smuggled people out via gerbil tunnels or in the pockets of my oversized fur coat or something.

But then I look at what I’m doing now (which is exactly nothing apart from the occasional angst-ridden tweet) and I’m not just disappointed with myself, I’m furious, and I’m despondent.

Because what can I do? I’m just an under-heighted middle aged mum-of-two living in a crappy backwater town, with a penchant for sitting on my sofa wrapped in a blanket eating instant kimchi noodles (so bad yet so very good) and writing stuff on the laptop I picked for the clickyness of its keys not its processing power. I am, in the grand scheme of things, very tiny. I have, in the grand scheme of things, almost exactly zero power or influence.

If you’ve made it this far, it’s entirely likely you’re feeling the same. There’s no point when the mushroom cloud is just around the corner. There’s no point because what good can a keyboard warrior really do? But here’s the thing: you can do a lot.

I’ll tell you the real answer. It’s that we have no balance between our rational selves and our spiritual selves. Not spiritual as in religion or fairies or angels. Spiritual as in the part of us that needs music, that needs stories, that needs camp fires under the stars and to see the sunrise in the woods and romanticism and community and connection and love. Kumbaya, motherfuckers.

We are excellent at science. So good at it! Crazy good. I’m over the moon to be born in the time of antibiotics and WiFi. But in turn we’ve become shit at art. We’ve commodified it and said that only the people who are ‘good’ at it can do it. We’ve turned books into an aspirational product. We’ve said that creativity is a hobby, not a necessity. We’ve made it inaccessible to huge groups of people. We’ve surrounded it with bullshit. The truth is that every act of creativity is important and it’s needed.

This isn’t to say there was ever a moment in history when we had this balance and life was perfect. There will always be bad guys. We will always teeter on the brink. Humans will always be idiots now and again.

And it’s not to say that life is anything but a meaningless void in an endless sea of darkness. Let’s be honest here: sentience is an evolutionary dead end. What is the point of being a cucumber with anxiety? There is none. We’re an infinite hiccup of stardust with no point or meaning. God is dead. Nihilism FTW. Nevertheless, we persist. Why? Because in these tiny sparks of creativity we see ourselves. We begin to know ourselves, and what greater comfort can there be? Anyone who writes, anyone who creates anything in fact – music, paintings, poetry, dance, sculptures, a hundred tiny origami stars just because why not – knows that To Create is to touch something vital inside of us (fnar).

Now, in this particular end of times, writing, creating, telling stories, doing the things that humans do, is more important than ever. We can’t allow the distractions of politics to let us forget ourselves.

As any writer knows, all endings are simply new beginnings. A door closing is an invitation to open another different door. And the stories we tell now are forging the lock and key of the new door that we’re about to open. They are helping to draw the terrain on the other side of it.

We write so that we can process the world. We read so that we can understand the world. Our stories help us see what is inside of us, they show us how to empathise with those we struggle to appreciate. Our stories, which we tell each other over and over in a multitude of different ways, remind us of who we are and where we’ve come from. They show us where we’re going. They are caution and celebration in one. Our world – our humanity – is built on the stories we tell each other. We forget them at our peril.

When you feel like it’s all just hopeless bullshit please remember this: we can resist. We can smooth the passage to the next stage, and we can do it by telling our stories.

Even if it’s the hardest thing in the world for you right now, you have to show up. You have to write.

PS here’s the listicle you were probably expecting: 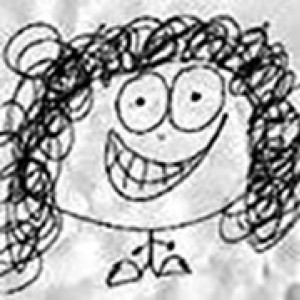